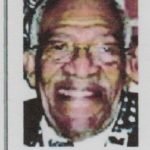 The beginning of “Time of Fast” came by the  of the “Human Crisis Committee” in its draft “Policy Statement” made on August 23, under the chairmanship of Kenneth Adams and reported to the Board of Directors at its meeting on July 21, 1970, Copenhagen, Denmark.

International President John Price, in the closing of his speech to the delegates of the 46th International Convention at challenged the movement to raise the US $50 additional, over our Gold Program goal, for Human Crisis alleviation. The drive was named “Gold Fund for Others”.
The September-October 1970 issue of Y’s Men’s World headlined a page “A Day of Self – Denial for 1970 YMCA Refugee Work” in cooperation with Joseph Bednarek, Secretary for Work with Refugees and Migrants of the World Alliance of YMCAs. The fasting idea came from Vi Norman, Regional Service Director of the Iowa Region. December 13, was designated the Day of Fast. Income reported by the Committee to the Board at its July 21, 1971 meeting was $3,794 sent to the World Alliance for its Refugee Program.
The “Time of Fast Fund for Others” as a name for our work was adopted for the 1971-1972 year by the Community Service Committee under the Chairmanship of Mits Nakamura who reported income of US $1,4O3.52. This amount went to the World Alliance designated to “Bangladesh Relief Fund”.
During the 1972 Convention at Athens, Ohio, international President Heinz Grabia asked the delegates to give to the “Time of Fast”. An amount of US $713.17 was collected and matched by the Gold Fund for Others. The sum of US $1426.34 was sent to the Philippines Relief Agency for the rehabilitation of flood victims in Central Luzon. In August of 1972, US $1,742.34 was sent to Bangladesh for War Relief.
Summary of Time of Fast Support from 1973 to 1985 – see Time of Fast History dated 1973-1985.
Special Projects of Time of Fast

What is Time of Fast?

Time of Fast (TOF) is Men International program. Y’s Men members’ worldwide traditionally give up one meal (called fasting) and donate the cost of that Meal to TOF. Money raised through fundraising activities is made available to projects sponsored by both Y’s Men and YMCAs. From its inception in 1972 to date, TOF has raised over US$ 2 million for development projects and disaster relief.

Why is Time of Fast Special?

Projects originate from Local YMCAs who know the needs of the Local community and can put the funds to the wisest use. Local YMCAs administer projects so only a small amount of donations is actually spent on administration costs. Monitoring, evaluation and follow up are carried out to ensure that the people in need receive the greatest benefit.

Our global program recognizes that both poverty-stricken and “rich” countries have communities in need of help. In Burma, TOF maintains safe childcare facilities allowing mothers to work and support their families. In Togo, food mills are developed by the people to help feed their community. In Colombia, work with handicapped children gives them a new zest for life. In Sioux communities, programs help residents cope with depression and social abuses.

“Thanks to the training courses or the YMCA, I have a profession and my children can study.” (Rosa Beatriz Soares, age 35, Brazil)

Fasting is abstaining from food and often from drink for a longer time than usual. Observed in many world religions, fasts are associated with penitence and purification. In the Christian faith fasting may take place before sacraments, on Ash Wednesday, Good Friday or throughout Lent. Mahatma Gandhi fasted to compel his followers to obey his principles of non-violence. Like the Y’s Men, he fasted not for personal gain but to benefit the larger community.

Y’s Men around the world use many different ways to raise money for Time of Fast:

Support for Time of Fast