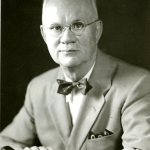 Three Payments of $10 And More.

“LEGACY IS ABOUT LIFE AND LIVING.”

Aloha Fellow Y Service Club Members and Friends,
“Legacy is about life and living. It’s about learning from the past, living in the present, and building for the future.” -Susan Bosak. And such is the Paul William Alexander Legacy (PWA).

On half of the Y Service Clubs International U.S. Area, I am extremely pleased and honored as Area President to connect you with the PWA Legacy. While our Area is in hardship over COVID-19, we are connected by our founder’s hopes and dreams. He believed in the mission of the YMCA and with a few friends started the first Y’s Men Club “To serve the YMCA.”

We know he devoted his time, talent, and treasure to grow and expand Y’s Men around the world. As a Judge, he believed in young people and created counseling, social and health services for delinquent youth. We are connected by his legacy passed down from those who came before us, and the legacy we pass down to those who come after us.

This campaign is an investment in the future with six legacy projects identified; two have been completed – the installation of an elegant headstone at his gravesite and the renaming of a community Toledo park in his honor. The remaining projects are long-term and ambitious, but with your support, the legacy projects will become a dream come true.

It is said, it’s not the right time to ask for donations, but as one donor said, “I don’t want COVID-19 to ruin our hearts. We are Y’sdom.” I invite you to be a partner of this historic PWA Legacy Campaign by donating. Yes, we have a generous goal, but your participation is pivotal as it demonstrates the meaning of being a Y’s Man. My principle of donating to any cause is to ‘give not ‘til it hurts but give ‘till it feels good.”

Please complete the PWA Campaign Form. Donate now or pledge but mail your form to your Regional Treasurer or our Area CFO as instructed at your earliest convenience.

To make a donation, please use the Donation button below or mail a check to: